Heritage reports can be used to assess the potential impacts of proposed developments to landscapes, settings and built heritage features. 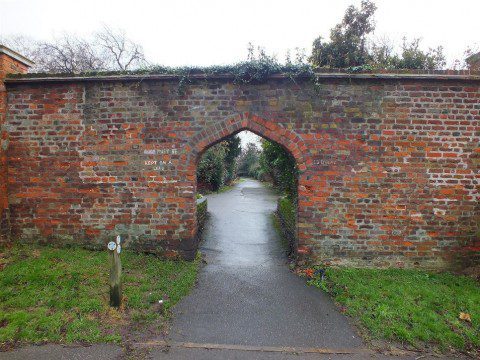 The park is Listed on Historic England’s ‘Register of Historic Parks and Gardens of special historic interest’. While there are no statutory designations within the area of proposed development, the park as a whole includes the Grade II* Listed Broomfield house, and three additional Grade II listed buildings, which comprise garden walls and adjoining structures associated with Broomfield House / Park.

The proposed plans were to create a new wetland habitat to reduce flood risk for properties in the local area and downstream by increasing the storage of flood waters. The Heritage Statement was required to assess the direct impact upon the park, which has been assessed as ‘Vulnerable’ by Historic England for Heritage at Risk (HAR) and the indirect impact of the proposed wetland scheme upon the setting of the surrounding Listed buildings. This project has now progressed to the next phase.

As a part of Enfield Town Conservation Area,  The Town Park is considered to be a heritage asset of Regional Importance. It is a surviving fragment of the Old Park Estate that dated back to pre-Elizabethan times, part of which later became the estates of Chase Side House and Chase Park. Now the park is located within a Conservation Area and is included on the Local Register of Historic Parks and Gardens.

The Heritage Statement was required to assess the significance of the park and its contribution to the setting of the surrounding Conservation Area to fulfil the requirements of the National Planning Policy Framework (NPPF). Taking into account both its historical value and any intrusion of modern features, it was concluded that the proposed flood alleviation scheme did not constitute a change to the character of the Conservation Area, but instead the proposed planting scheme was considered likely to soften the views towards the fenced areas containing modern park facilities.

The HBR was undertaken in line with a Written Scheme of Investigation (WSI) produced by AB Heritage outlining the methodology of site recording and investigation. The HBR did not reveal any special or unique features apart from the white painted railway signage. However it was considered that other similar features could be uncovered during the remediation works. The report enabled the condition to be discharged and the repairs to be undertaken to plan.

A Heritage Statement was requested by the Local Planning Authority due to the position of the proposed development in the setting of Congleton Park, a Grade II Listed Park. The assessment identified three further Designated and one non-designated heritage assets within proximity to the site.

The site visit established that the redevelopment would only impact on the setting of Congleton Park, considered of Regional Importance, and the Locally Important non-designated asset of St. Stephen’s Church. The assessment also established that setting did not provide the key heritage significance of either asset, which in the case of Congleton Park derived from the preservation and maintenance of the park itself. The report concluded that the impact from the proposed development on both assets would be Not Significant, as the site would continue to function as a leisure centre within a similar footprint, thus only introducing a limited visual change to the existing baseline.